You know when you’ve lived down the road from a local attraction for years but never visited? Safely home from France we awoke to a glorious sunny Sunday, the last “official” day of our holidays. Out of nowhere we decided to hit Eltham Palace, an arduous six miles away and 15min drive in Bernice.

I sternly instructed Scott not to let them sucker us into joining English Heritage. We had been at the place less than four minutes before we were signing the direct debit form. It seems very good value and SC does love a castle you know….

Eltham Palace was absolutely fabulous and splendid for the short trippers. I knew shamefully little before we left and was expecting a “standard” stately home, four poster beds, oil portraits, ponderous commentary etc.

The original palace was built in the 14th century and was where Henry VIII spent his childhood.  The only remaining part of the original palace is the Great Hall built in 1470. I had no idea that the majority of the building is a perfectly restored 1930s Art Deco mansion.

Stephen and Virginia Courtauld bought the shell of Eltham Palace in 1933. They were filthy rich and spared no expense on all the mod cons of the period and an extremely understated bathroom…. I’m not much of a design buff but it is literally jaw-on-the-floor stuff and controversial at the time. They incorporated the stunning Tudor Great Hall into the design (which had been used as a stable, a barn and a tennis court in the interim) .

Very similar to our washing facilities in Bernice…. 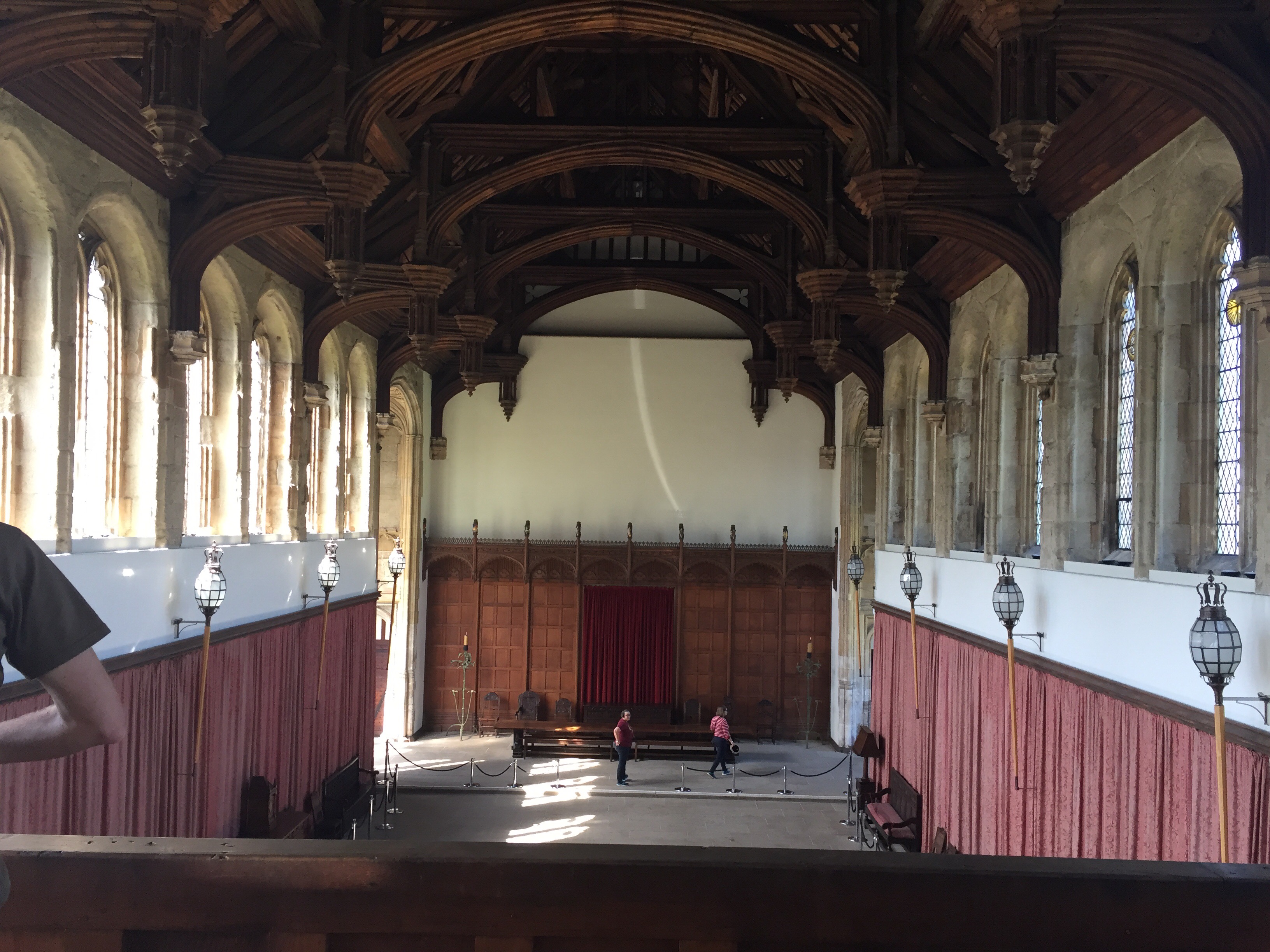 Highlights for SC included seeing the luxury quarters for Mah-Jong, the Courtauld’s pet lemur and trying on 1930s frocks. There’s a free audio tour of the house and garden with a family tour option. The family tour is actually very good, fun but informative with a game for each room.

The palace has jazz on the lawn on a Sunday afternoon and listening to it floating up while in such a beautiful setting was pretty magical. We’d bought an austerity picnic so we abandoned the tour as it returned to the entrance hall and hurried out to listen.

The grounds are equally lovely but quite disorientating over a number of different levels. If you blindfolded me and span me round I’d probably still be there now.

Eltham Palace features on English Heritage’s list of most haunted properties. A staff member who died the week after his retirement is said to give tours to visitors. There’s a fun article here about spooky occurrences in Eltham and other EH properties (sorry about the link to the Daily Torygraph).

By the time we’d completed the tour, investigated the giant fish in the moat, played in the playground (all tasteful English Heritage wood, not a garish piece of plastic in sight…) and had an ice cream it was getting on for 4pm. It’s not a cheap day out at nearly £40 for a family but I guess it takes more than a few quid to keep it running. It was great to visit somewhere so local and I’m sure we’ll be back soon.