I had hoped to see more of the local attractions during our time at the Waveney River Centre but what with catching up with family, friends, Easter egg hunts, swimming and general camping “watching the world go by” we didn’t do brilliantly in that department.

We did head over to the beach at Lowestoft which is a fabulous long stretch of golden sand. Add in the crazy golf, a decent playground and a new bucket and spade to the mix and short campers will be happy for hours.

After our brief visit in late autumn (see Trying to be Miserable post) the Waveney River Centre did not disappoint for a longer stay. Top marks for…. 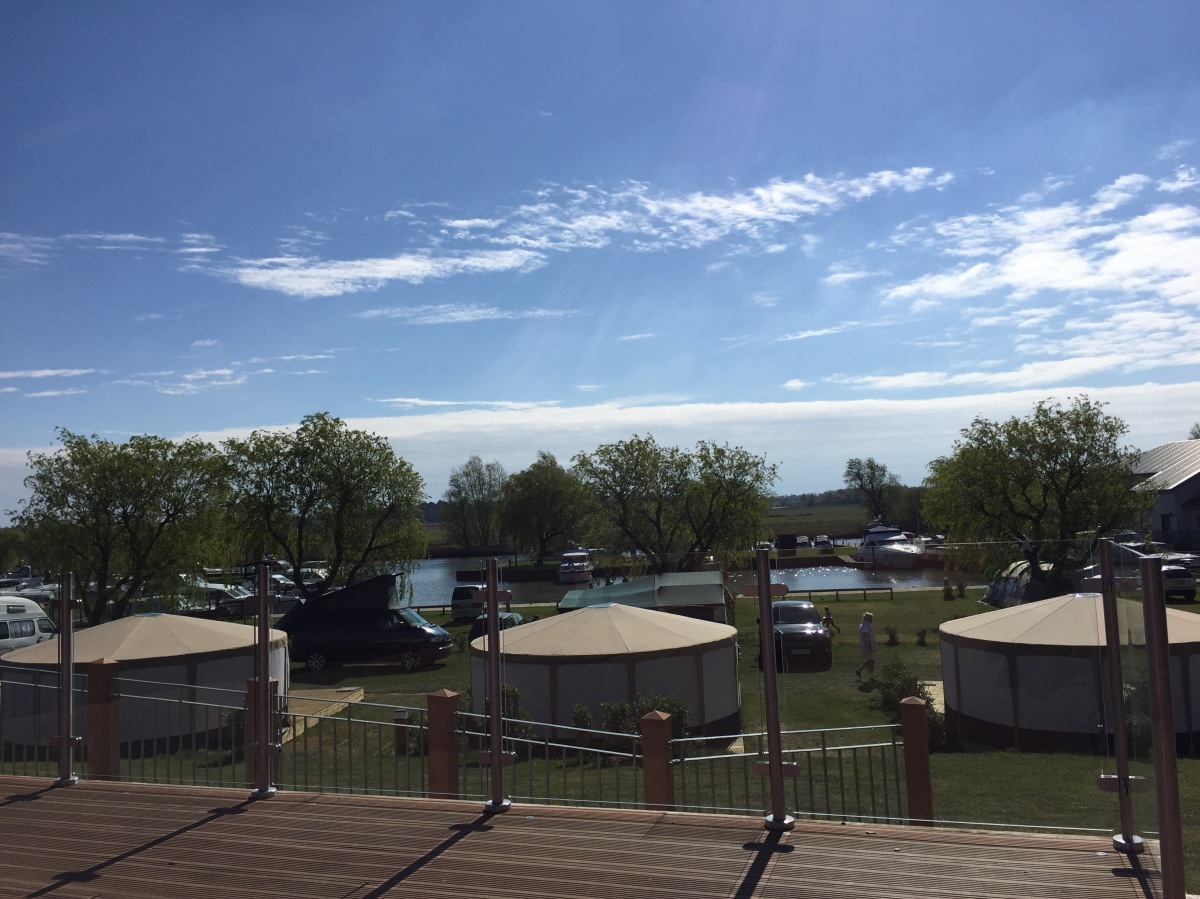 – the excellent Waveney Inn on site, we enjoyed some local ale and their sweet potato chips are amazing.

– the staff are very friendly and super helpful

We had a couple of minor niggles:

– we may have just been unlucky but the campsite was noisy at night. There’s supposed to be a no- noise policy after 9pm which was very much not in evidence and certainly not enforced. Music was played until after 10.30pm and the family next to us shrieked, shouted and argued long into the night. Having had Bernice since 2014 I’d forgotten how clearly you can hear absolutely everything in a tent… Ear plugs are a must!

-There seemed very little respect for personal space. Numerous people tramped through our pitch as a short cut to the toilet block without so much as an “excuse me” – even moving our stuff out of the way to do it. So rude!

Tiny irritations aside we had three nights in Quentin having a splendid time until we saw the weather forecast looking like this…. Although we had stayed dry it’s always a pain taking a wet tent home and having it draped over everywhere until you get round to wrestling it back in its bag. The kind and helpful staff at the Waveney River Centre suggested that we could have a “pod” for the Sunday night and we jumped at the chance to abandon Quentin and try a spot of glamping.

I had never been inside a pod before. There’s not much to see but there’s a double bed on the top deck and two single beds below. No cooking facilities but it is heated and there’s a telly if you fancy it. We retired to the Waveney Inn for dinner then played a few games.

It was a fun last night before we headed home and felt lovely and snug (and we felt lovely and smug) against the battering rain overnight. Lucky we had all our camping stuff with us so we could rustle up the obligatory bacon sandwiches and giant mugs of tea in the morning which was lovely, bright and breezy. I can understand the attraction of glamping but you’d still have to have a fair amount of camping stuff yourself and it’s not super cheap (£75 / night for a pod). Having said that you don’t have to worry about springing a leak, you don’t have to get an large uncooperative bit of canvas in a small bag in a stiff breeze and there’s less chance of wanting to stomp about and throw things…. 😋 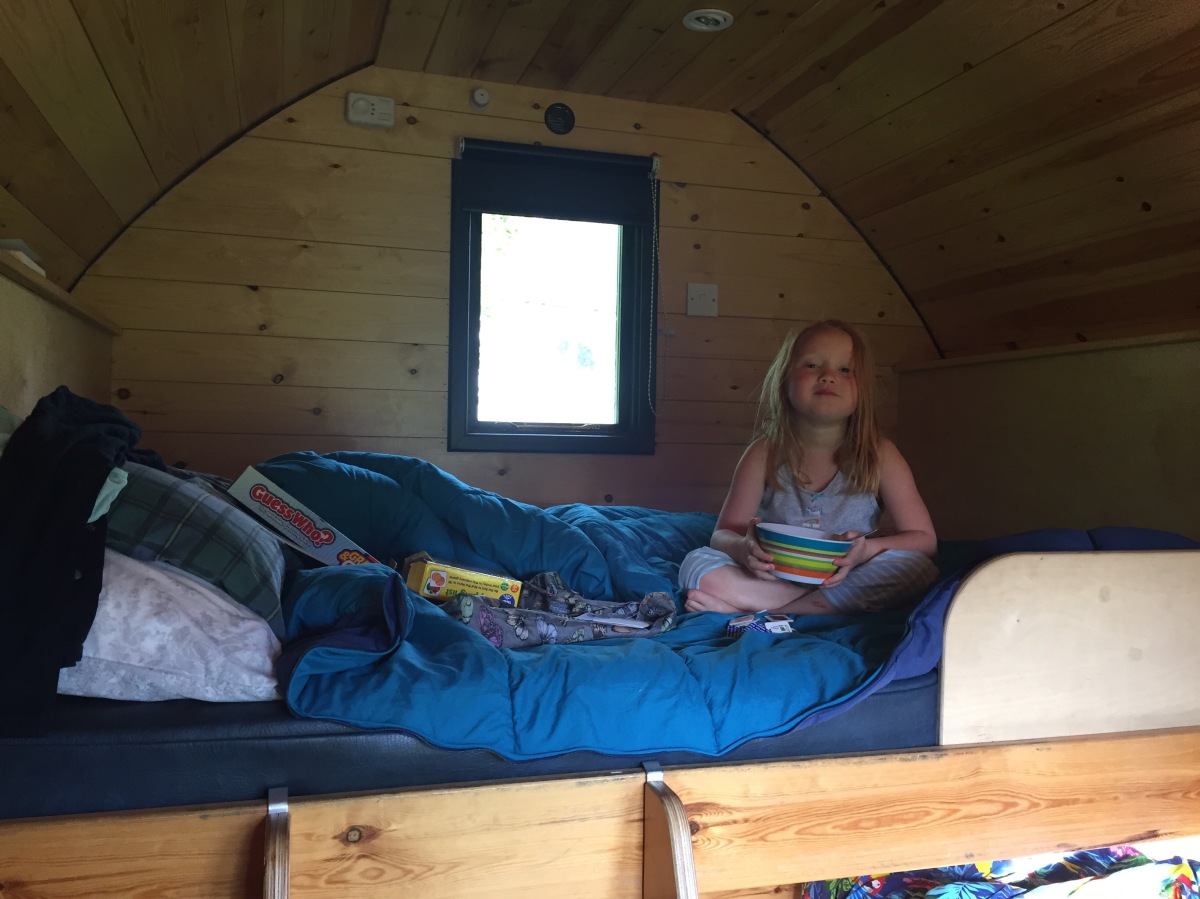 Unfortunately it’s gong to take five weeks to get the parts to fix Bernice so she’s hanging out at Auto Fix in Dagenham for a bit longer. No talk of writing her off though, so that’s a relief.

Fingers crossed we get her back in time for our Isle of Wight trip planned for half term! 🚐💨

Adventures with Bernice
Blog at WordPress.com.